Have no fear, folks — no talk of afterbirth today, just pretty pretty pictures.

A few weeks ago we took our first day trip out of the city to Nikkō.  Tokyo was experiencing its hot, sticky, rainy season and Nikkō was cool and so very pleasant, so we congratulated ourselves on our good timing.

Two hours north of Tokyo by train, Nikkō (日光市, meaning “sunshine”) is home to the World Heritage-listed Tōshō-gū shrine. We were looking for both culture and trees, so it was the perfect destination for us.  We picked up some bentos at the train station, and off we went. 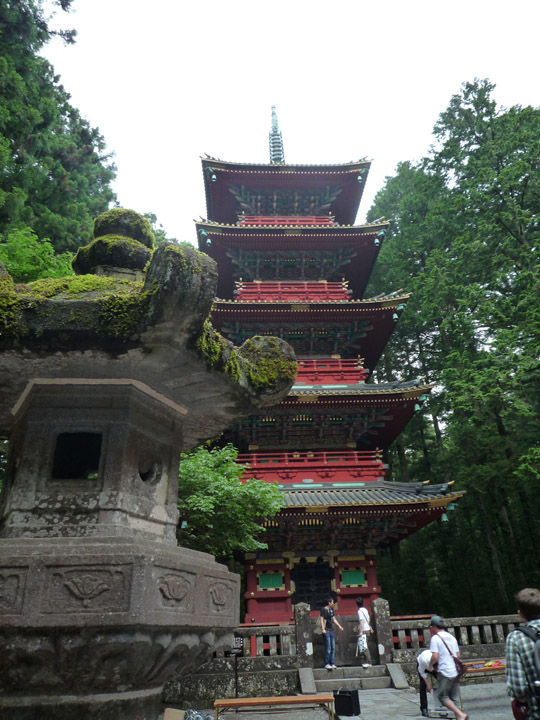 Let us begin with a little history (because it’s fun!): when the first shogun Tokugawa Ieyasu died in 1616, construction began on a shrine and mausoleum to honor him. Ieyasu’s grandson, Tokugawa Iemitsu, declared that it should be the most splendid and impressive shrine ever built, and that the feudal lords, or daimyō, should pay for it (in order to prevent them from acquiring too much money of their own, you see?  Smart grandson!). 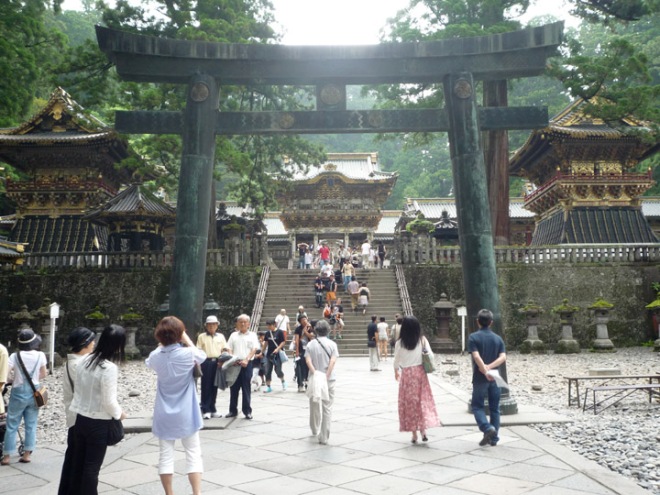 Artisans from all over Japan were brought in, and for two years some 15,000 of them worked on the shrine.  I think my guidebook describes it best with, “Almost anything that can be decorated is.” Gaudy or gorgeous, either way, it’s pretty awesome. 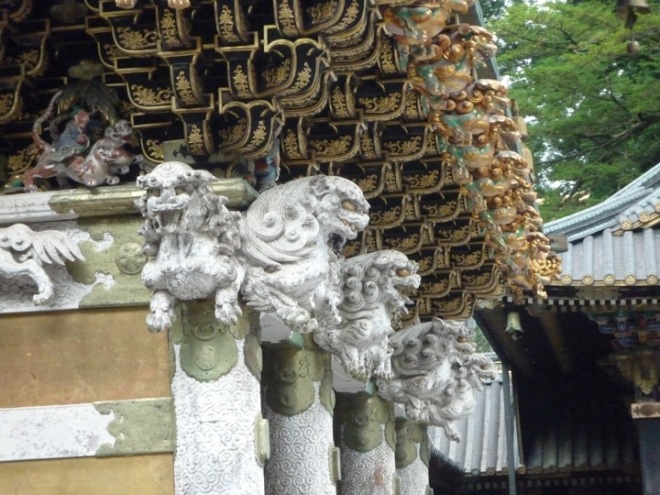 We went to Nikkō in search of culture and trees, but what we really found was a crowd.  Tōshō-gū was packed full of tourists and school children, and we spent a lot of time trying to keep either ahead of or behind them.  Despite the awesomeness, it wasn’t long before we decided we’d had enough of Tōshō-gū shrine and went looking for something else.  Tōshō-gū shrine is the big attraction in Nikkō, but we’d heard nearby Taiyūin-byō shrine was worth the visit.

Some more background (and more fun!): Taiyūin-byō shrine was finished in 1653, and is the mausoleum for Tokugawa Iemitsu — that’s right, the grandson.  Iemitsu turned out to be an extremely powerful shogun — he was the one responsible for closing Japan to foreign commerce, isolating it from the rest of the world for almost 200 years.  So he got a pretty impressive shrine as well.

The shrine built for Iemitsu feels like the antithesis of his grandfather’s.  Where Tōshō-gū is flashy, Taiyūin-byō is serene, set back amongst the cedar trees where it blends in with the landscape. 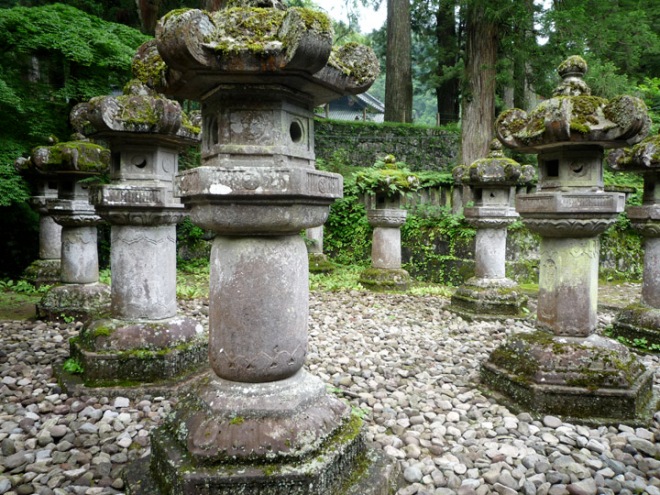 I fell in love with these lanterns.  There must have been hundreds of them scattered throughout both shrines, though the ones at Taiyūin-byō were more eerie, all covered in moss. 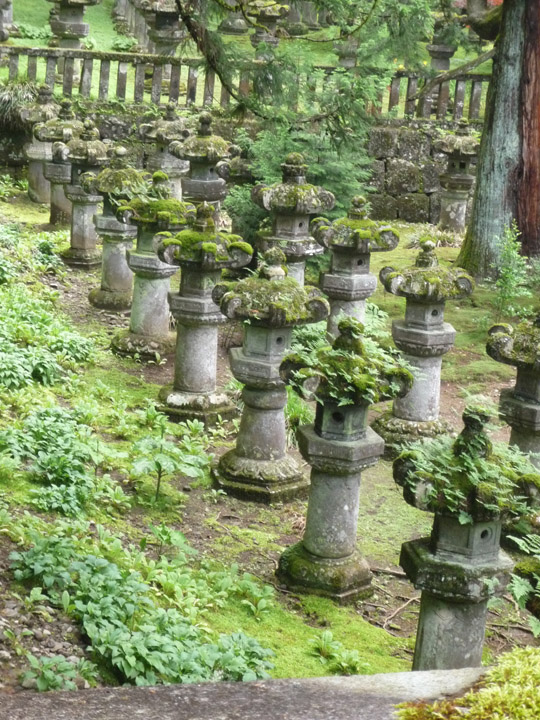 Nikko has been considered a holy place for over 1,200 years, when as legend has it, the Buddhist priest Shōdō Shōnin was helped across the river by two snakes who appeared and formed a bridge, then vanished.  The red Shin-kyō bridge marks the spot. 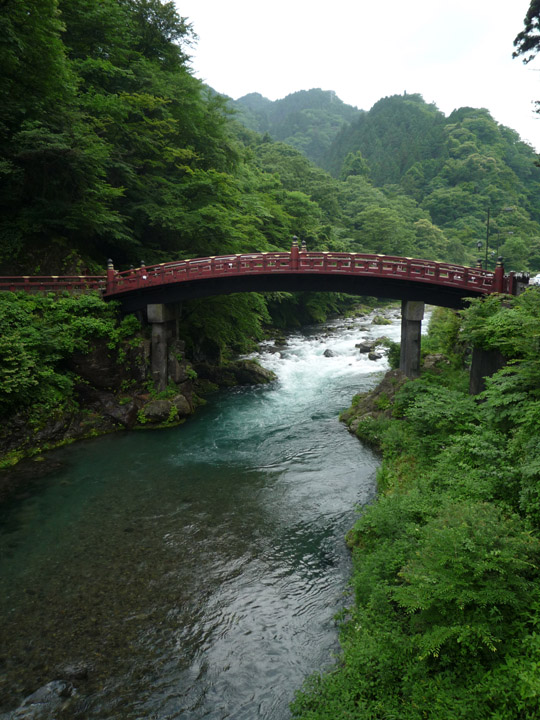 Walking back to the train station along this river was a refreshing end to our day — the water was so cold we could feel a rush of cool air go by as you stood next to it.  The scene was completely lovely, and we stood there for a long time.

For those interested, we took the Tobu line from Asakusa station using the Nikko World Heritage Pass.