When I see a cat cafe in Tokyo, I try to peer in the window, but Ang says no, laughs, and then steals my candy.

Ang is aggressively allergic to cats, and I’ve been denied, DENIED from entering cat cafes. But when a friend visits, there is great pressure to entertain. So while Ang worked, I took a visiting friend to a cat cafe in Shinjuku, and it was special.

We wash our hands before we enter the cat room, take off our shoes, and put on a visitor badge. Is this a cafe, or an institution?

We’re given instructions. Let sleeping cats lie. Do not suppress the cats.

As an employee opens the door for us, a cat darts out into the entrance room, but then slows to a crouch. The cat knows it has nowhere to go.

Forty cats lounge around a two-floor cafe. This is the nursing home rec room of a crazy cat lady’s dreams.

The furniture is a bit slick, easy to clean I suppose, and the smell is akin to 40 cleaned cats. An unpleasant smell, but a clean version of it.

A couple of young girls play Wii, ignoring the cats. The cats do just as good of a job ignoring all of us. Shelves on the walls and staircase give cats places to be out of reach of our frantically affectionate hands. I feel a bit like I’m in a remake of The Birds, but with cats. With cat eyes on us from above,we descend the stairs, and we descend into madness.

A young salaryman in a white shirt and black pants pulls a sparkled ball out of the toy box. He rolls the toy toward a cat, but the cat doesn’t move. The ball jingles as it hits the cat in the paw, but still, the cat doesn’t react. She just looks to her left, looking for something that isn’t us. We all laugh, and then move on to the next cat, which had hoped to be invisible in its stillness. We see you cat. We see you.

Only one man seems to have mastered the art of affection. He is slumped in the corner on a floor cushion. His rumpled suit is too big for him, and six cats surround him. He stares ahead, paying no attention to the cats, or to us. He alternates between sipping his iced coffee, staring ahead, and pulling out pinches of shredded chicken from a plastic container. He barely looks at the cats as he feeds them, and he does not pet them.

My friend tries to pet a cat, any cat. They wait for her to approach, and then dart off, trying to catch a few winks before someone else comes for them.

“Come here, kitty. Come here.” There are equal parts frustration and joy in her voice.

But the cats only speak Japanese.

Today I bought a used bike.  I took the subway for 30 minutes to my meeting point at Nakano-sakaue Station, an area just northwest of Shinjuku.  Then, I had to get my new wheels home, without the help of the train. 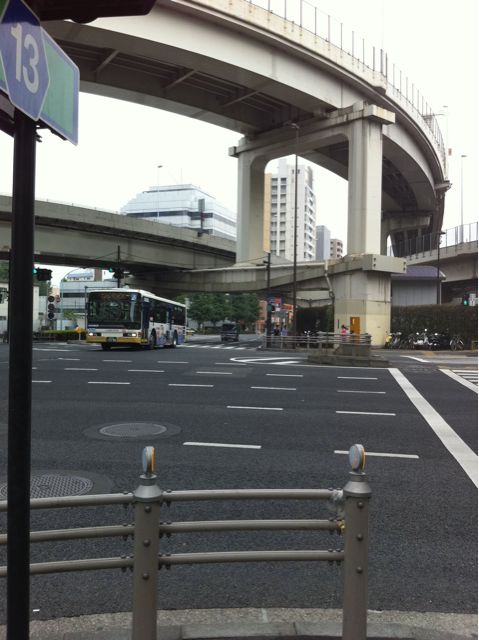 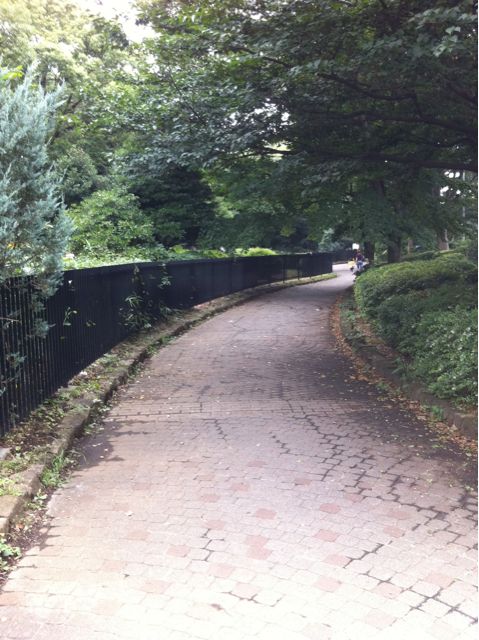 Then I started to recognize where I was… 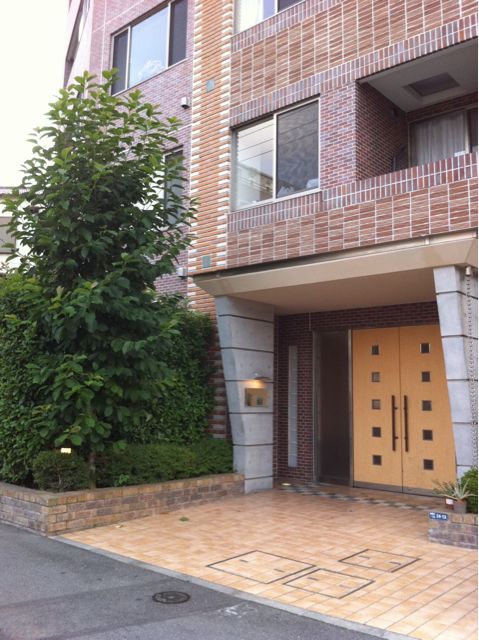 The whole trip was just over 10 km and took me 2 hours, which is funny because the walking directions on Google Maps are listed at 2 hours and 5 minutes… well, OK, I did stop and buy beer.  I couldn’t bring my new mamachari home with an empty basket!

It’s true, this little mama chariot doesn’t look quite as mama as it could, which is just fine by me.  It gets my precious cargo home just the same.

ps – You can see my route here.