But first, I’ll stab myself in the finger. Repeatedly.

I learned the hard way that drinking wine while needle felting is not a good idea. 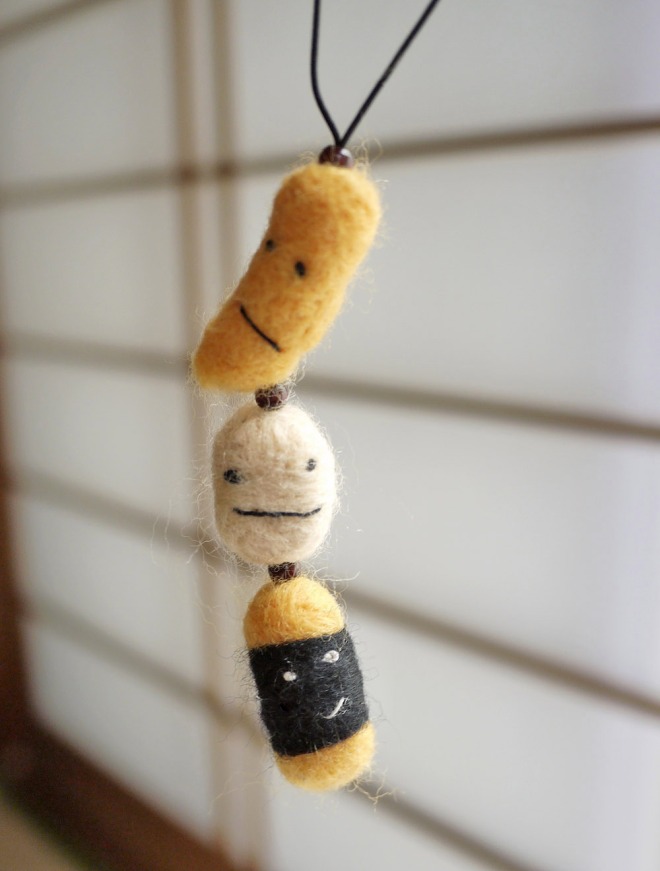 Needle felting is a bit trendy in Japan now, so it is easy to find inexpensive, adorable felting kits. This was my first attempt so I wanted to start slowly. I skipped all things cute and cuddly (with limbs — too advanced!) and instead opted for beer snacks on a strap. 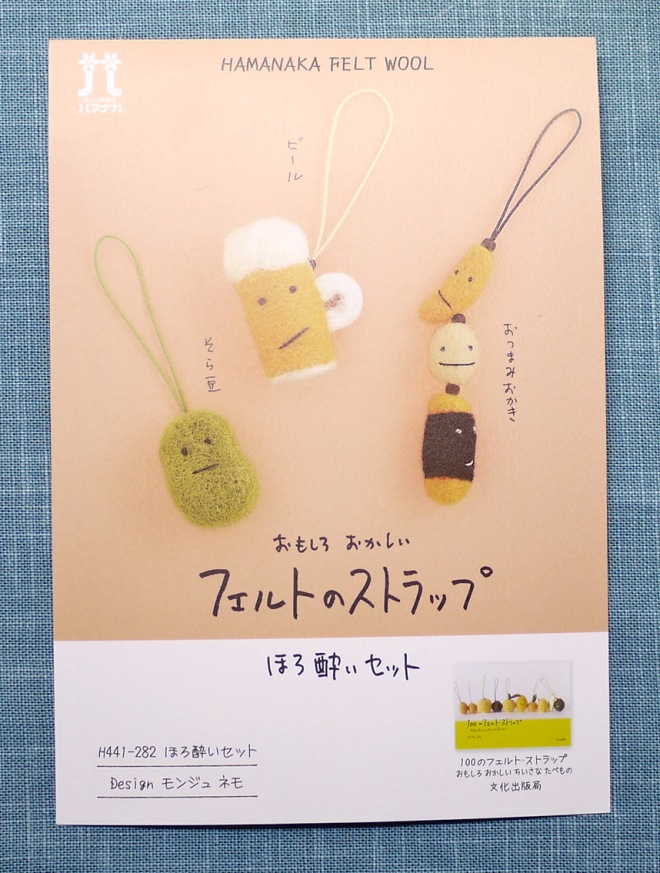 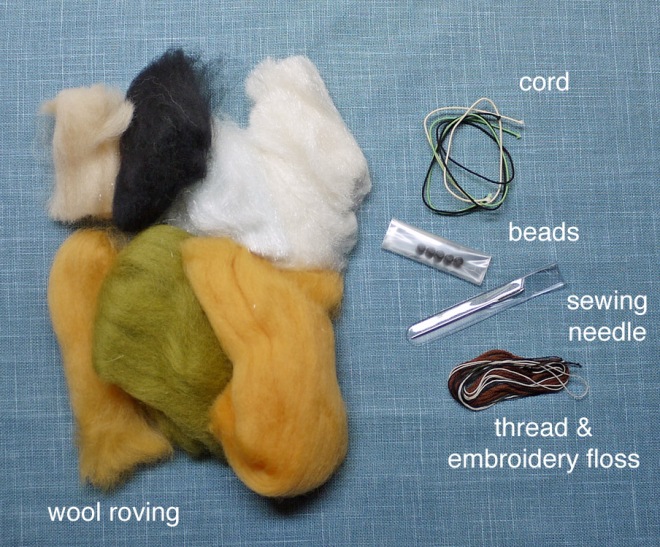 The kit comes with everything you need … except the most important part, the needle. You have to get that yourself, probably because felting needles are a bit more expensive than your average needle. The instructions also recommend purchasing a foam base. A friend gave me a tip and suggested using a cheap kitchen sponge from the 100 yen shop. It was a bit clumsy to work with, but I’m not sure it was the sponge’s fault. 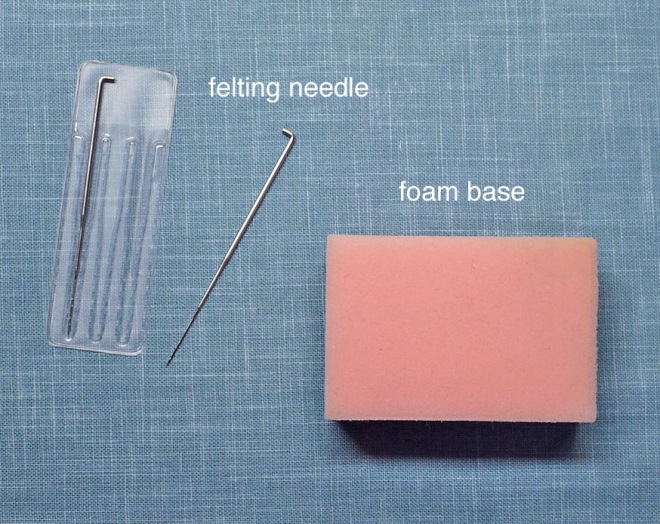 Felting needles are unique in that they have tiny barbs near the tip, which catch the wool fibers and help felt it together. 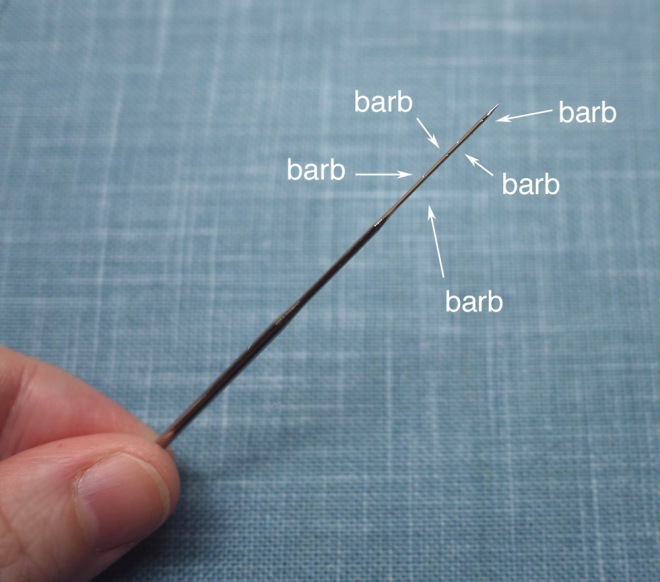 I didn’t know what I was doing. I tried reading the Japanese instructions, then watched a few YouTube videos and stabbed at some wool for a while. And stabbed and stabbed. And then I missed a few times. Blood functions as glue, right?

Eventually I got my revenge. 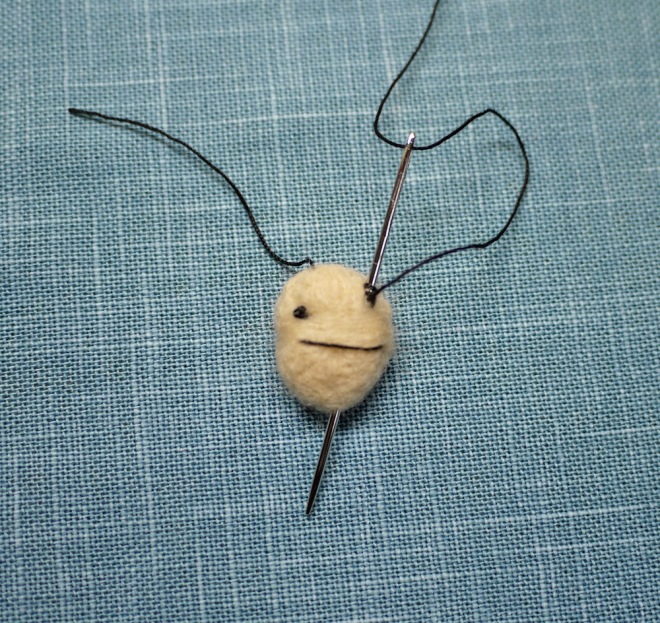 This wasn’t merely torture. I was making french knots for eyes.

In the end I enjoyed needle felting. I liked the way the wool roving transformed into a tiny nest of fibers. It was the opposite of untangling a knot. And I also really like stabbing at things. 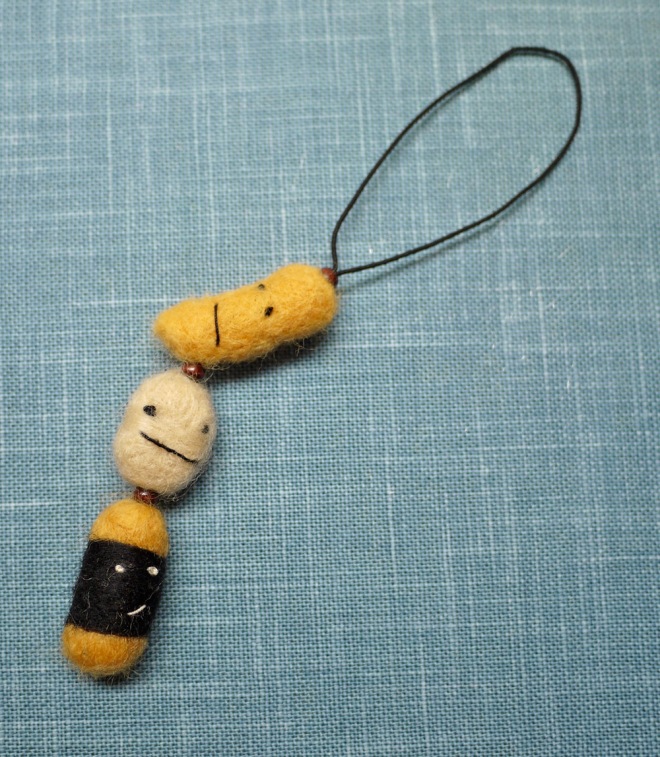 Eventually, wooly snacks emerged. I like they way they smirk. It seems they’re a little salty.